Our most significant scriptures are marked with post it notes.

Continuing the work of Jesus, simply, peacefully, JOYFULLY, together.

We gather for worship at 9:30 am on Sunday.
Children go to Sunday school following their special time in worship, about 10:15 am.
Potluck is the first Sunday of the month.

Art and social justice for me are like soil and seeds. by Liesje Brouwer

Art and social justice for me are like soil and seeds. The rich soil of artistic expression, paired with concepts of systems, neighborhoods, communities and individuals, is where I find my interest lies. Art provides the space for me to engage with justice issues, to think through them on a deeper and symbolic level.

Here is an image of a fountain I made. It combines the elements of water, clay, air, and fire. The concept that comes through this fountain for me is a metaphor. Just as the vessels are meant for water to be poured through, so we are meant to channel justice, mercy, and humility. We are each humble hand formed vessels, each beautiful image bearers of our Creator. It takes a collaborative process for this fountain to be successful; vessels collaborate to pour the water from one to the next. In our community we are more successful when we work together, working for fairness and justice for everyone. The flowing water is like God’s mercies pouring through us, pouring over us each morning. This piece helps me visualize Micah 6:8, from The Message. 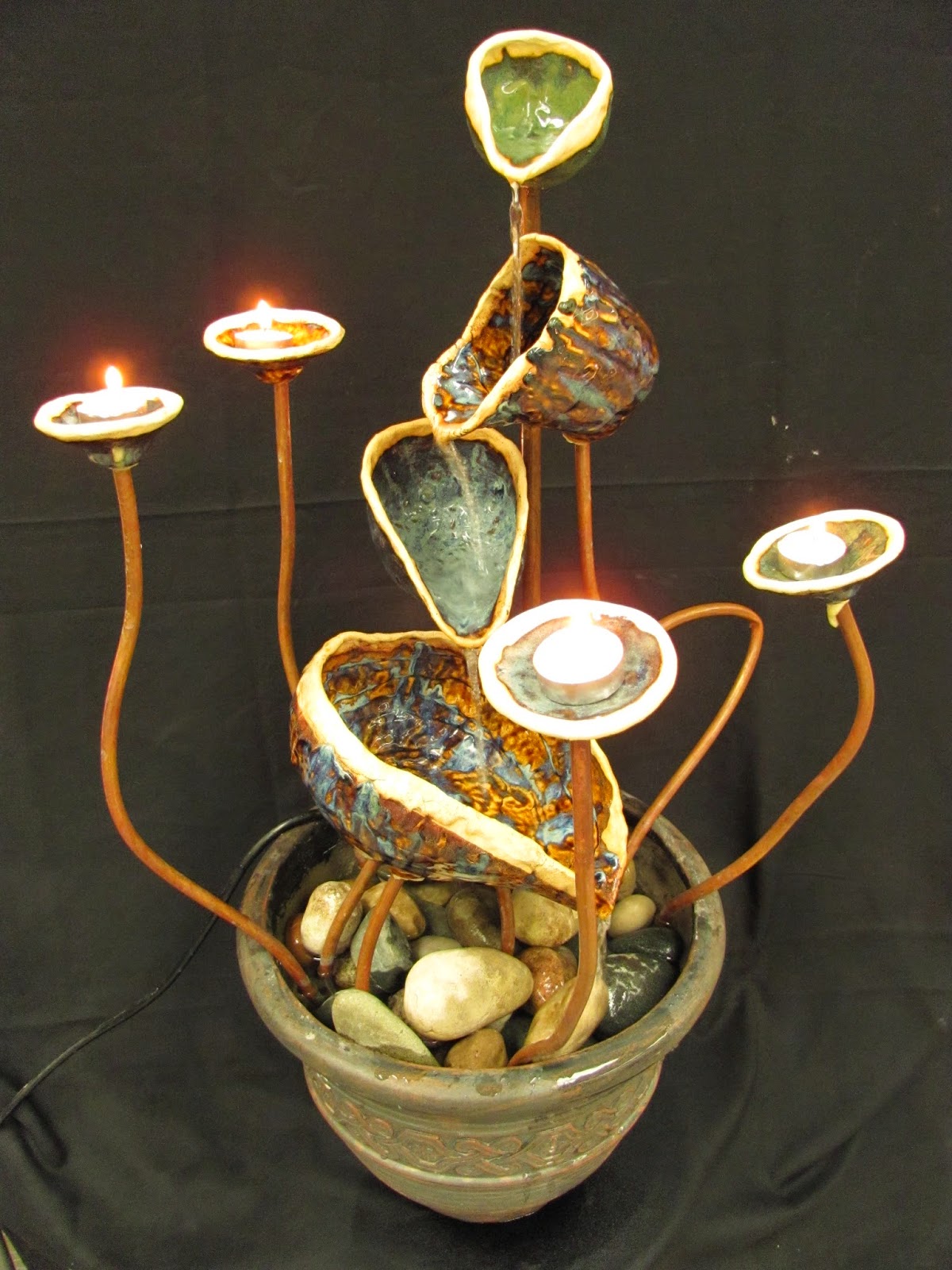 "But he’s already made it plain how to live, what to do, what God is looking for in men and women. It’s quite simple: Do what is fair and just to your neighbor, be compassionate and loyal in your love, and don’t take yourself too seriously—take God seriously."

Liesje Brouwer
Posted by Nina B. Lanctot at 6:57 PM 1 comment:

Apparently, a lot of people.  And they are finding in the Anabaptist tradition that is at the roots of Florence Church of the Brethren Mennonite, just such a movement.

Greg Boyd suggested at the Anabaptist Mennonite Biblical Seminary today that a whole wave of New Anabaptists, like himself, seek communities who worship “a God who looks like Jesus and who is raising up a people who look like Jesus.”  When they come knocking on Mennonite or Brethren church doors, will they find the welcome and the passion for which they long?

Here are some of the markers which draw folks to Anabaptism:

■ First… Anabaptist depth of discipleship and salvation as a way of life.
■ Second…, Anabaptists have taught us to take up the cross of Jesus’ powerful confrontation with the powers-that-be, with the consequent challenge that entails for social nonconformity in 21st-century America.
■ Third, the kingdom of God is no longer only an inner and future reality. It is, instead, the primary allegiance for disciples now and at every level of our existence—personal, social, economic and political.
■ Fourth… the Anabaptist notion that all of God’s children are called to mission and ministry at the moment of their freely-chosen baptism….All in the faith community are leaders, whether seminary trained or not.
(Tommy Airey in Missio Dei #20, 2012)

Greg Boyd encouraged us to ask ourselves these two questions: 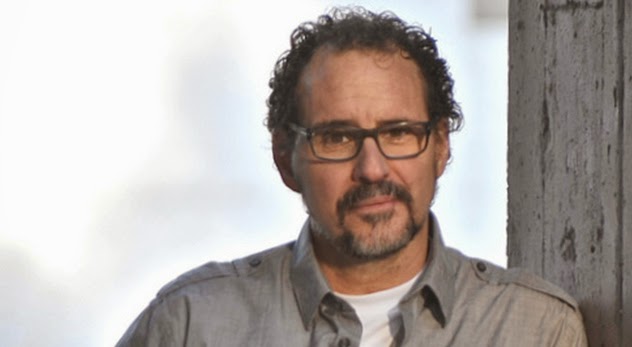 I am eager to hear more this evening when Greg speaks at College Mennonite Church at 7:30 pm entitled “Living Truth: The Promise of the Anabaptist Tradition In a Post-Christendom Culture.”
Posted by Nina B. Lanctot at 2:22 PM 1 comment:


Though unworthy for
you to come 'neath my roof, yet,
Come, Immanuel! A comment from Miranda River on the Catholic Forum (June 1, 2012) is the touchstone for my haiku prayer.  How did I find Miranda?  I was looking, googling, for confirmation of where this prayer is lodged in the mass.  It comes right before one goes forward to receive the eucharist:


"Lord, I am not worthy for you to enter under my roof, but say only the word and my soul shall be healed."

I find this the most moving part of the Mass personally whilst I am in my own process of discernment and inquiry. I really do not feel worthy for the Lord to enter into my life, into my own 'reality' as there is a lot of my life that is contrary to Jesus' and the Church's teachings, and so I really don't feel worthy for God to come to me.... and yet there is part of me that is even afraid of the idea of my soul being healed. I do believe that this discernment process is a slow slow healing of my soul, but I do feel really confused too, its not a comforting or happy process, it often makes me feel sad and out of balance.


How do you personally connect with these words...?

Lord, our God, King of the Universe,
Maker and Giver of life --
You who created the starry planets,
You who ride on the wings of the morning --
Have mercy on me! 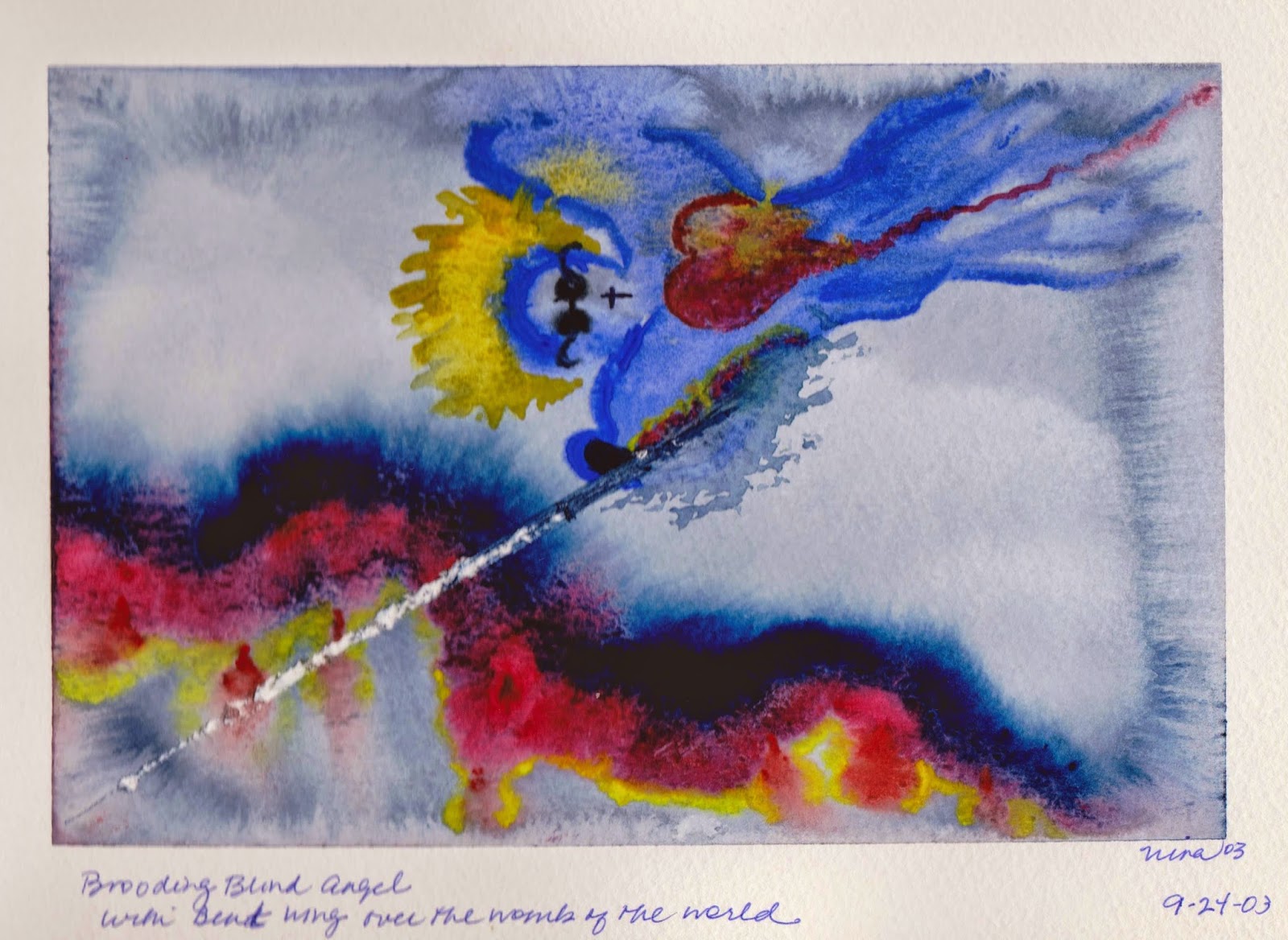 This is a prayer that bursts up from within me, seemingly unbidden, and consciously unknown in its source.  It is the form of a traditional Hebrew blessings.  Yet it blurts out as a petition, often coming when I am at the end of my rope or on "the shortest day of hope."  In the age of Google, I can search to find where it comes from.  But the only result is in March 2011 on this very blog, written by me.  Is it the prayer of a past life?  My own?  Or someone else's?  It is a prayer for today's fading yellow dawn.
Posted by Nina B. Lanctot at 5:34 AM No comments:

O come, Thou Key of David, come,
And open wide our heavenly home;
Make safe the way that leads on high,
And close the path to misery. 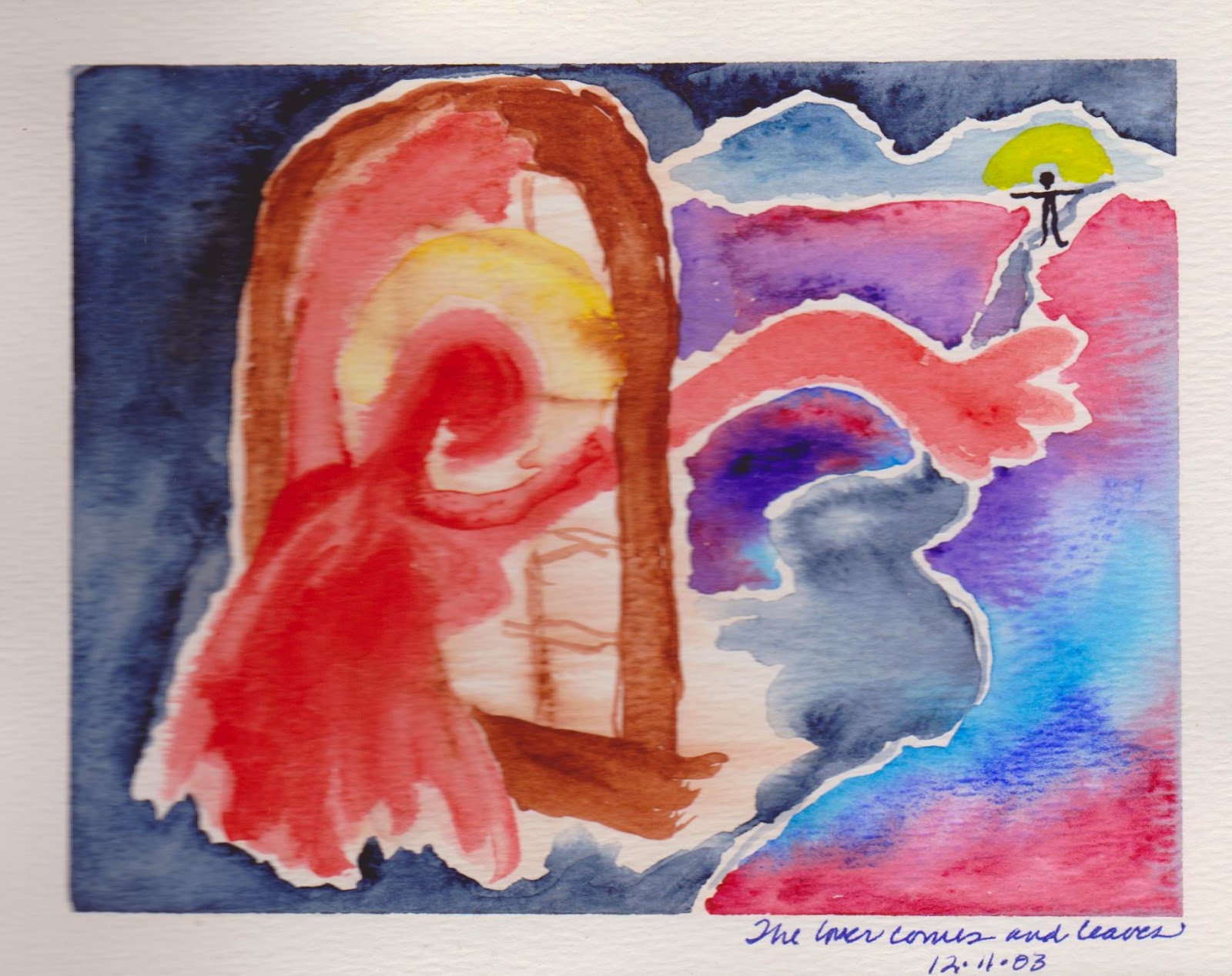 When I went to the dog park the other day, my key would not fit into the lock.  Wrong key?  Broken lock?  But there was a man with two dogs in the park.  Hmmm...no WD 40 with me, the universal key to stuck locks.  Hah!  Instead I found I could reach my hand through the gate, behind the lock, and trip the latch.

God has the key and has made the universe of totally interlocking parts.  But what if the locks are rusted or frozen?  This took me to today's haiku, prayer.

The psalmist writes: “Your HESED womb love was established forever.” Psalm 89:2
The angel says: “You will conceive in your womb…a kingdom that has no end.” Luke 1:31,33
Jesus says: “The kingdom of God is within/among you.” Luke 17:21 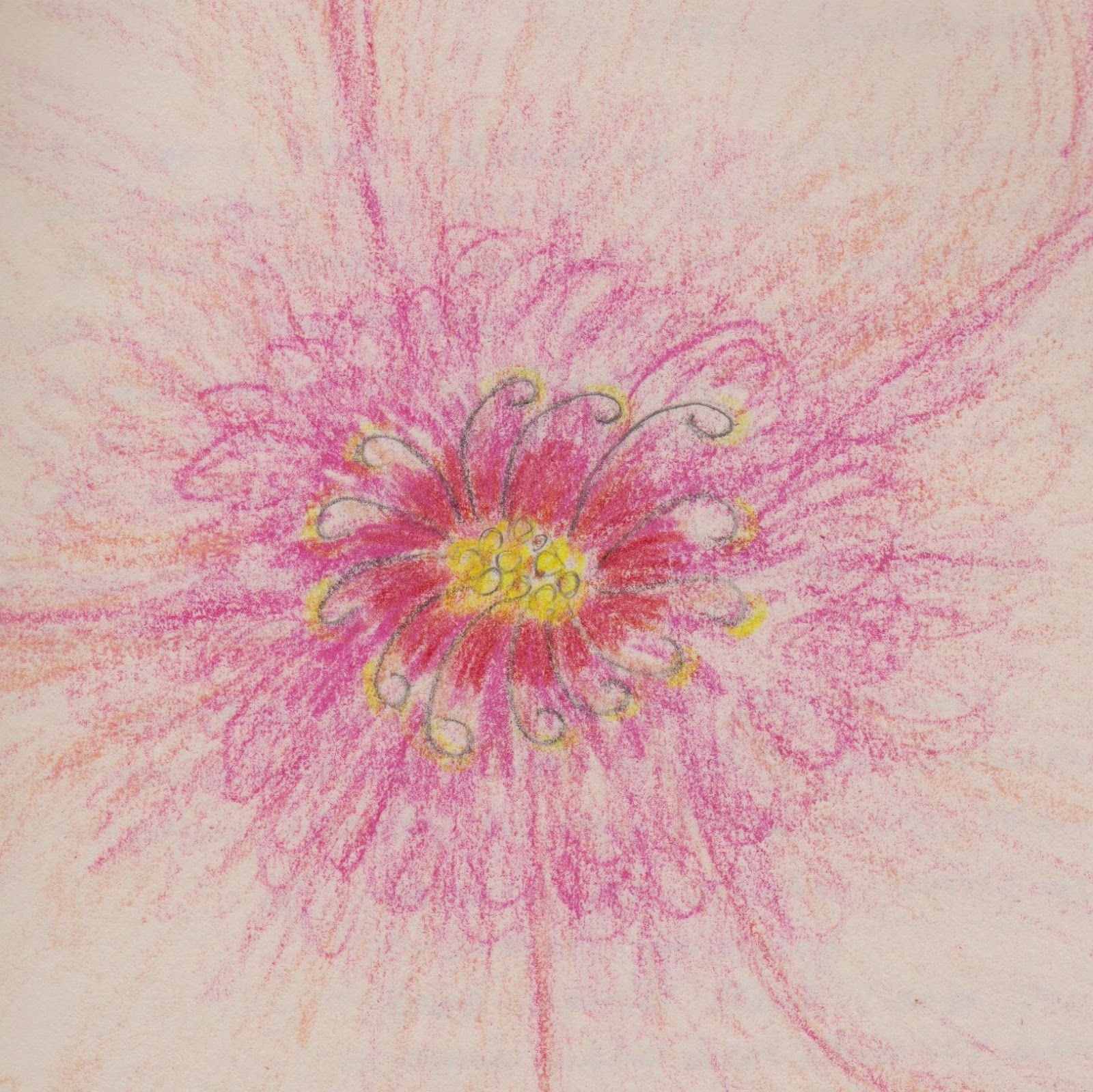 O, Flower, Upside Down,
open, dripping nectar
and catch the dawning light
of tender mercy;
Unfurl yourself, O,
so gracefully, with fearsome
Beauty.
Turn on
all the lights!

Lo, how a rose e’er blooming
by Sufjan Stevens
Posted by Nina B. Lanctot at 6:01 AM No comments: 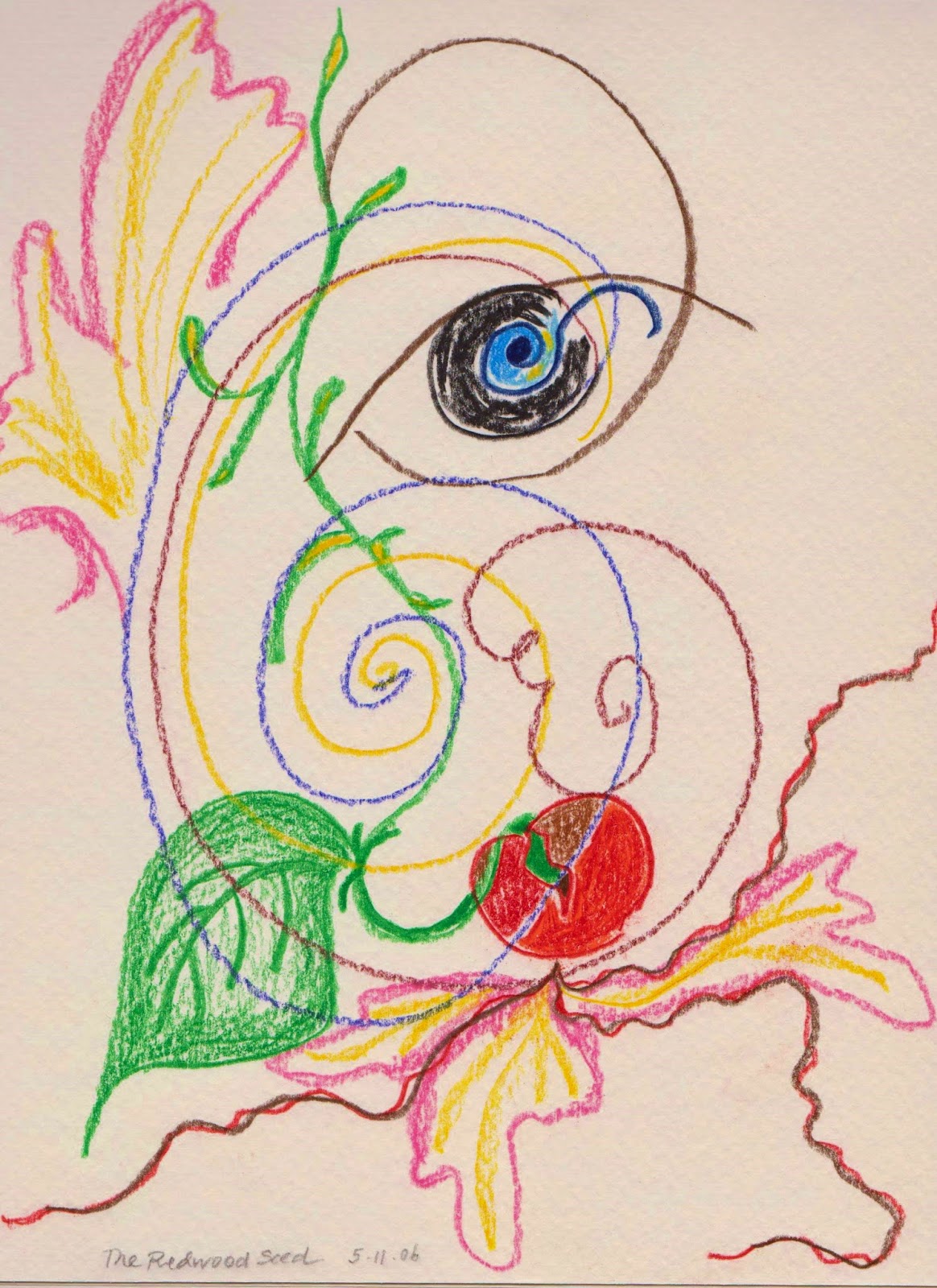 The name of God was considered to Holy to voice when reading Hebrew scripture.  Therefore, when the Hebrew letters YHWH appeared, the reader would say "ha shem," meaning, "the name" in Hebrew.  Praying, "O, LORD," can slip off my lips in many ways.  May I bow to "the name" that holds more than I can conceive.

Save us, O LORD, carry us back.
Rouse your power and come.
Rescue your people, show us your face.
Bring us home.

Florence is linked to...